WAYS THAT YOU CAN PARTICIPATE

Bitcoin is a new and radical disruptive technology. It is redefining money and has us questioning; what is money and how does it work?

First, you want to make sure your knowledge on Bitcoin and the ecosystem is on par with current times because it is always evolving. Bitcoin is in the early stages of development and adoption and it constantly offers new innovations - so try to keep up! You need to educate yourself before you can begin educating others and answering basic questions.

When you are confident in your own knowledge start educating advocates, the curious, the skeptics, the neutral and the critical about the benefits and strengths of Bitcoin. Let them know what makes Bitcoin special, how it is special, what differentiates it from anything else that exists and what differentiates Bitcoin from other cryptocurrencies.

Not good at explaining? Not a coder? No sweat - you can help Bitcoin by just simply using it.

Store some wealth in bitcoin long term, it is a savings technology after all.

Spend a little bit once in a while. Did you know places Microsoft and Expedia accept Bitcoin?

- Who Accepts Bitcoin as Payment?
- Earn Bitcoin by Shopping Normally
Hook Them Up

Have a friend or family member that wants to get some bitcoin but needs help? Hook them up!

Set them up with a wallet and send some bitcoin or teach him how to buy bitcoin.

"GiveBitcoin" is designed to educate new users and timelock their bitcoin so they can educate themselves before making newbie mistakes. 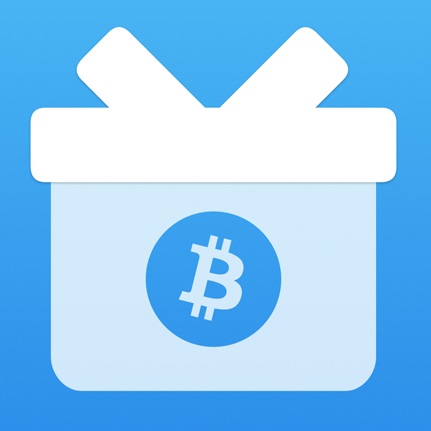 Among all other benefits, the most important one is that you are independently verifying all transactions, including your own. This means you are your own bank.

Running a full node is pretty easy, it can be done on any computer:

1) Download & install the Bitcoin Core software
2) Run the software and let it sync the blockchain records (this can take 6+ hours)
3) Port forward 8333 on your firewall if you want to help update other full nodes on the network. (Requires internet plan with high upload cap)

1) 10 GB hard drive space or more (for a pruned node)
2) 2 GB of RAM or more
3) Internet plan that can accommodate the initial +200 GB download of the entire blockchain and the +20 GB sync per month.

Methods of Using a Full Node

Let's go over the 3 ways you can utilize a full node:

1) Download the bitcoin core software and use the built in wallet to transact.
2) Use a wallet that supports connecting a local full node to the wallet. You'll need to have Bitcoin Core installed and synced.
3) Use a wallet that connects to a full node not owned by yourself. This offsets the work you need to do but is the least desirable as it requires more trust.
Prev 1 of 2 Next
Prev 1 of 2 Next
Supplemental Resources:

This section is directed towards everyone.

Please do your due diligence and follow the trends and technological advancements in the Bitcoin space. We are all in this together and we all need to do our part in optimizing the network.

Segregated Witness (SegWit) was introduced not too long ago to help securely scale Bitcoin, reduce transaction fees, enable more innovation and fix a long standing malleability bug among other things.

You use SegWit by sending and receiving from a SegWit Bitcoin address. You can tell if an address is SegWit by checking if the address begins with a "3" (P2SH) or a "bc1" (Bech-32).

There is not much that everyday users need to do. Just transfer your bitcoin to a SegWit address - in other words, use a service or wallet that utilizes SegWit Bitcoin addresses to send and receive.

Transaction batching became more relevant when the Bitcoin mempool began getting bloated, raising the transaction fees during the 2017 bull run.

Some exchanges and companies that had high transaction traffic were unintentionally spamming the network with thousands and thousands of legitimate transactions in a very inefficient manner.

Here's an example: An exchange needs to pay out 7 users that want to withdraw their bitcoin. Instead of creating 7 separate transactions with 1 output each, the exchange creates 1 transaction with 7 outputs for the 7 users needing to be paid out.

Companies need to hire a developer to setup transaction batching.

(1. ) What is Transaction Batching? (Video)
(2. ) Saving up to 80% on Bitcoin transaction fees by batching payments (Article)
(3. ) An analysis of batching in Bitcoin (Article)
(4. ) Johoe's Bitcoin Mempool Statistics (Statistics)
Lightning Network

Lightning network is a second layer technology built on-top of the Bitcoin protocol to help scale Bitcoin for micro-transactions and every day purchases like coffee purchases while anchoring to Bitcoin's world class security. Lightning has been planned and developed for many years and a workable version was released not too long ago. It is a hot new area in the Bitcoin ecosystem attracting a lot of excitement, developers and tons of innovative ideas. It's in the early stages but the lightning network has great potential and can scale to millions of transactions per second - far beyond that of all payment systems in the world combined.

Users should start dabbling with lightning clients and learning how to use it. Do not put large sums of money into the lightning network yet.

There can never be enough competent developers in this space - in fact, the space could use a lot more! Get employed by a Bitcoin company, volunteer code to open source Bitcoin projects or contribute code to protocol level development.

Bitcoin development is the Mount Everest of the "crypto" ecosystem. It is the most challenging but the most rewarding. Bitcoin attracts the best developers from all over the globe.

Miners process transactions and add security to the blockchain. In addition, you will help further decentralize the mining network increasing security of the network more.

Join forums and social media platforms to discuss Bitcoin. Join many others in their daunting task of educating the masses of misguided and uneducated users online with the ease of your computer or phone from the comfort of your home.

Platforms You Can Join

Meet people face to face to discuss Bitcoin and at the same time you can make connections and some new friends!

The lightning layer 2 protocol is a rapidly growing ecosystem. Fast, secure and instant payments that can scale to millions of transactions per second while anchoring to Bitcoin's secure layer 1 protocol. There are MANY guides out there, eventually no guide will be required but this is the early stages of the lightning network. Appropriate guides will be listed as they are found:

Financial privacy is extremly important. Did you know that normal Bitcoin transactions are trackable without proper privacy practices? A wallet called "wasabi wallet" is the first wallet to integrate easy, convenient and secure bitcoin mixing for financial privacy peace of mind. More coin mixing increases the fungibility of the Bitcoin network. More wallets will be added as they are found.

Use Bitcoin via Satellite (Blockstream)

Use Bitcoin via satellite anywhere in the world without an internet connection and without consuming internet bandwidth.

Use Bitcoin via Mesh Network via phone (goTenna and Samourai Wallet)

Use Bitcoin on your phone through a mesh network of other goTenna users. The larger the mesh network, the stronger your signal will be.

-Buy goTenna
-A Guide to Setting Up txTenna Guide

Did you know that your ISP can track everything you do online? Other users online can collect information about you as well, such as your location. With a VPN you are able to view content in other countries that block your country from viewing it and keep your web browsing and financial activity private. Below are some VPN services that you can purchase with bitcoin:

Get a Hardware Wallet

A hardware wallet is a physical device that gives you "cold storage" like security but the conveience of easily spending your securely stored bitcoin.

get FREE bitcoin by shopping!